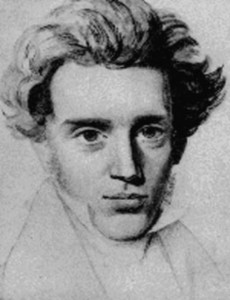 As to Bob’s engagement—I suppose it is practically an engagement: at least they are novios—seems suitable and quite in order. “Chiquita”, however, is not a “Christian” name, but only Spanish for “little one” or rather “little girl”, and won’t do if she becomes tall or fat or a grandmother. Has she another name, perhaps, or would that be too old-fashioned? I can’t get used to the costumes and embraces in the photos in American papers. I see they are innocent: the creatures are not attractive; but I can’t get used to the publicity. Besides being in love evidently Bob is very busy and deep in his architecture. Building houses in series is no doubt useful training. When I thought of being an architect, I looked forward to finding an engineer for a partner, and doing only artistic work myself. But those were the days of individual enterprise and amateur art. Now everything is of standard democratic thoroughness, a matter of training and not of caprice.

Training is the pragmatic side of education, which I lack and feel the want of even in languages and history which are things I like and have picked something about en passant; but I see that the old apprenticeship in the dirty work of any art is necessary for solid result. Please give . . . Bob my love and congratulations. Perhaps you could also send me a photo of the charming Chiquita, and tell me what sort of family she belongs to. Are they rich or fashionable or simple or especially cultivated? When the wedding is arranged and I have got further impressions, I will write to Chiquita in Spanish and suggest that she take Bob to Avila on their wedding trip and visit some nice relations that I still have there.

It is interesting, but not exhilarating, to see what an ugly commonplace person Sartre is, at least in the snap-shot in the clipping you send me. But his book of plays and the other book by Camus had already disillusioned me about French Existentialists: but from all I have read about Kierkegaard (the founder) and of Husserl and Heidegger (the German representatives.) I know there is better stuff hidden in the movement than appears in the popular reports. It is a reversion to the sense of being a spirit in a strange and dangerous universe: a sort of religious revival without any dogma or leader: but the working out of the sentiment is different in each member of the sect; and in some it has lost the religious element and become simply chaotic impulse.