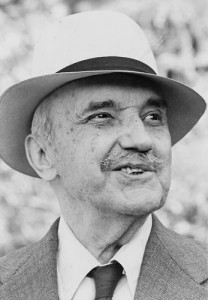 Your book arrived yesterday, and I have just finished it. The general impression I receive is that of a pleasant, mellow, personal conversation; you say various things, some technical, others simple, because they are in your mind (or on your mind) and they all have the agreeable quality of wise observations, boiled down to their essence. The quotations complete this impression: they are very good in themselves, apt enough, and give evidence of wide sympathies and good taste. I think you will probably leave in your readers’ minds a trace of your doctrine, not necessarily by converting them, but by making them aware that here is one more sage with a hypothesis about the universe which it is interesting to record, if not as a scientific possibility at least as a proof of the ingenious diversity of human opinions.

As to making your view plausible to me personally, your book doesn’t advance matters at all. I find no arguments at all for it, the assertion that if substance were not feeling knowledge would be unconscious being purely gratuitous. Reaction and adaptation, without consciousness, could be called knowledge only by a behaviourist: and if you say in one place that behaviourism is absurd, in other places you seem to adopt it. But my chief difficulty, as always, is with your fundamental conception of “immediate experience”. As I told you not long ago in conversation, I think the phrase unfortunate; it will perhaps win over some critics but it will be only in order to attack the other elements of your system. They will understand, in spite of your warnings, that you mean elementary consciousness. The arguments you invoke to show that consciousness and knowledge must be secondary, apply to experience too. Experience, even conceived in behaviourist terms, seems to demand the affection of one thing by another. Would you perhaps say that it is the mutual tensions between the points of substance that make the essence of that substance into experience—into responsive modification? But then you would need a deeper substance to have or to undergo the experience. I cannot conceive how atoms of feeling (changeless ones, I understand) can facilitate the genesis of experience by changing their order, even if an order of atoms of feeling can be conceived at all, which I doubt strongly. Moreover I am convinced, as you know, on general grounds, that feeling is just as much a symptom of vicissitudes in a complex organism as are consciousness and knowledge. You do not feel without organs or occasions; you do not experience without being in some predicament and undergoing some organic change. The notion that the substance composing your organism is feeling in its elements, is simply a bit of surviving idealism: the only plausible ground for it is the theory that only consciousness can exist