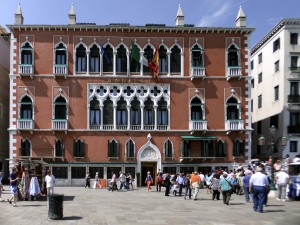 What Gordon Bell says in the History about us, and in particular about me, is all true enough, and sympathetically meant; but it misses the atmosphere of the ’90’s, or early ’90’s, when the Philistine mind had freshly discovered sport, art, literature, and religion, and was respectfully, but humorously, in love with them. Bob & Warwick Potter, you and I, were just that: dilettanti really delighting in the nice side of things: and the distance—the American and Protestant perspective inevitable for most of us—made the experience romantic and a little tragic at bottom. Probably the young men of today are better adapted to the age. Those I come across seem to me all alike, and rather uninteresting, unless they are caught in the political revolution. That is the living question now, not our questions, when we thought the material arrangements of the world had all become final and satisfactory, and there was time for thinking of higher things. Now there isn’t time or inclination or much sense of higher things to think about. But there is the great social army to lead and to keep in order. It is what the old Romans had to do.