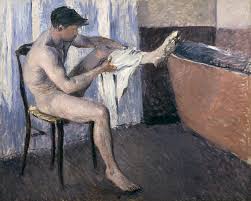 Dear Strong,
Cory arrived three days ago, giving me rather a shock with his thinness and weakness. He seemed yesterday decidedly firmer on his legs, and he seems to eat well and with relish, so that we may hope that he may recover, with time, his normal energy, which is not very great; and the fact that he uses itup so intensively at certain moments, makes him all the more liable to run down afterwards. I think–and he says his doctor in Florence thought so too–thathe needs a long and complete change, and rest from all persistent work. I am proposing to him that he stay here for the rest of the winter; of course, if he preferred to go to Rapallo or elsewhere later, he would be free to do so; but I should like you to let me take over the responsibility for looking after him for six, or at least three, months, because with me he will know that he isn’t expected to do anything but vegetate. Also the climate is more favourable here for a convalescent, and while he remains at this hotel he will be well looked after in the matter of food, hot baths, etc. I am sorry if this plan interferes with the discussions which you have been carrying on; but in any case Cory isn’t fit for carrying them on at present. If you obliged him to do so, I am afraid it might have consequences for him, nervous and religious, which you would deeply regret. He is getting desperate about technical details, and inclines to becoming a Catholic. He needs to be left free to recover his balance. Irwin Edman1 is here, very enthusiastic. I have caught a cold, and am staying in the house to try to avoid complications.
Yours ever,
G.S.