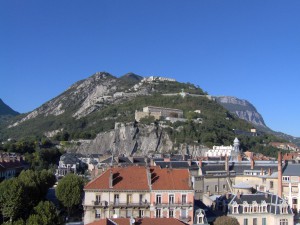 The series of lectures which I have been giving in France, ended here yesterday. The year has been a delightful one for me personally,—except that my health has not been quite so good as usual; together with the previous twelvemonth of travel, it has given me a very refreshing change of scenes and of companionships. Even in respect to my philosophic interests, I have found a great deal that is new to me, and interesting, in the movement of French speculation, which is very active at present and is carried on in a most critical and open-minded spirit, as well as with a solid foundation in scholarship.

My impressions about the value of the Hyde lectureship are rather too complex to be expressed in a letter; I have accordingly written the accompanying memorandum. It represents my sincere opinion upon this undertaking, when reflected on in cold blood. It might give a wrong impression, however, of my personal satisfaction at the reception I have met with both from officials and from the public. The post I have held is a delightful one; the question is whether the general advantages of maintaining such a lectureship are not largely factitious.

Mr Hyde has seen this memorandum and, I believe, has kept a copy of it.