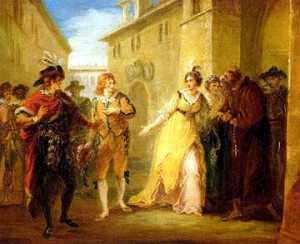 There is nothing to worry about. Strong is not mad, and he isn’t trying any game on you. He is innocently and happily amusing himself, and we ought to be glad of it.1 Of course those “comments” on his “poem” are a jeu d.esprit:2 Strong at this moment feels very skittish and witty—and very superior. It is a blessed compensation for his physical inabilities and his intellectual cramp. We must encourage him by treating the things he says as matters of course, and making light of them without offending him. For instance, you might (if you are in the humour) send him other “comments”, by Oscar Wilde, Keats, Joyce, and Lawrence, all finding his verse too warm, too rich, and too free. I have thought of some “comments” myself—only they are unkind, and not for his ears. Thus:

Shakespeare—
“Journeys end in lover’s meeting”
(An old sheep I hear a-bleating)
“youth’s a stuff will not endure.”3
Hast a drop of physic, sweeting,
agèd folly for to cure?

Dr. Johnson—
The pox at seventy! Sir, I might have it too; we be all sinners: but, by God, I would not publish my shame.