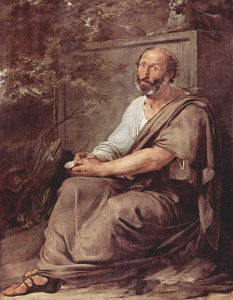 I hope you will not go in your book into the possibility of my replacing Aristotle as the accepted pagan philosopher for Catholics. The Church is founded on Judaism; it accepts a naturalism with miraculous powers secretly controlling it, and controlling each soul. My naturalism does not admit a moral or humanistic control over the cosmos; and it puts spirit at the top, and accidental ultimate self-awakening of organic formations, themselves perfectly automatic. Spirit comes and goes in the world like dew in the morning. That is not compatible with the supernatural realism and monarchical theism of the Church. There is another friend of mine, Prof. Michele Petrone, who thinks that my views might, if understood, start a sort of new spiritual discipline; but I think they offer too sporadic and unfruitful a consummation to satisfy mankind. Nietzsche said: “The great question is whether mankind can endure the truth”.