Since the purpose of The Santayana Edition is to publish a critical edition in which the authorial text is as close as possible to the author’s intention, the project editors now begin to collate (or compare) each version of the text to find the differences between them. Collation is going through each of the text’s versions word-by-word to create an accurate list of variations. There are three types of collation: sight collation, machine collation, and team collation. Sight collation is done by an editor looking at two versions of the text laid out next to one another. Machine collation is done by an editor using a machine such as a Hinman or Lindstrand, which uses light and mirrors to view both texts as one in order to find the variations. Team collation is done by two editors working together. In team collation, one of the editors reads aloud from her copy, while the other follows along silently in his version; if there is a discrepancy between the copies, the person listening alerts the reader and they work out the error to correct the discrepancy. The various versions of the text, in addition to related textual materials, can help the project editors sort out what changes George Santayana made within the text and what changes were made by editors, typists, or compositors. Once variations in the texts are established, they are recorded on collation sheets. These variations are compiled into a “alterations list.” The alterations lists are complied then checked against one another as well as against the text to further verify that all variations have been recorded. The record of all alterations are united into one comprehensive alterations list.

The image below shows a collation that has been done between the manuscript and Scribner’s Literal Transcription. In it one can see the differences that were found between the two texts. The remarks column is a place for collators to remember to check something (a specific word for spelling, the position of a word, etc.). 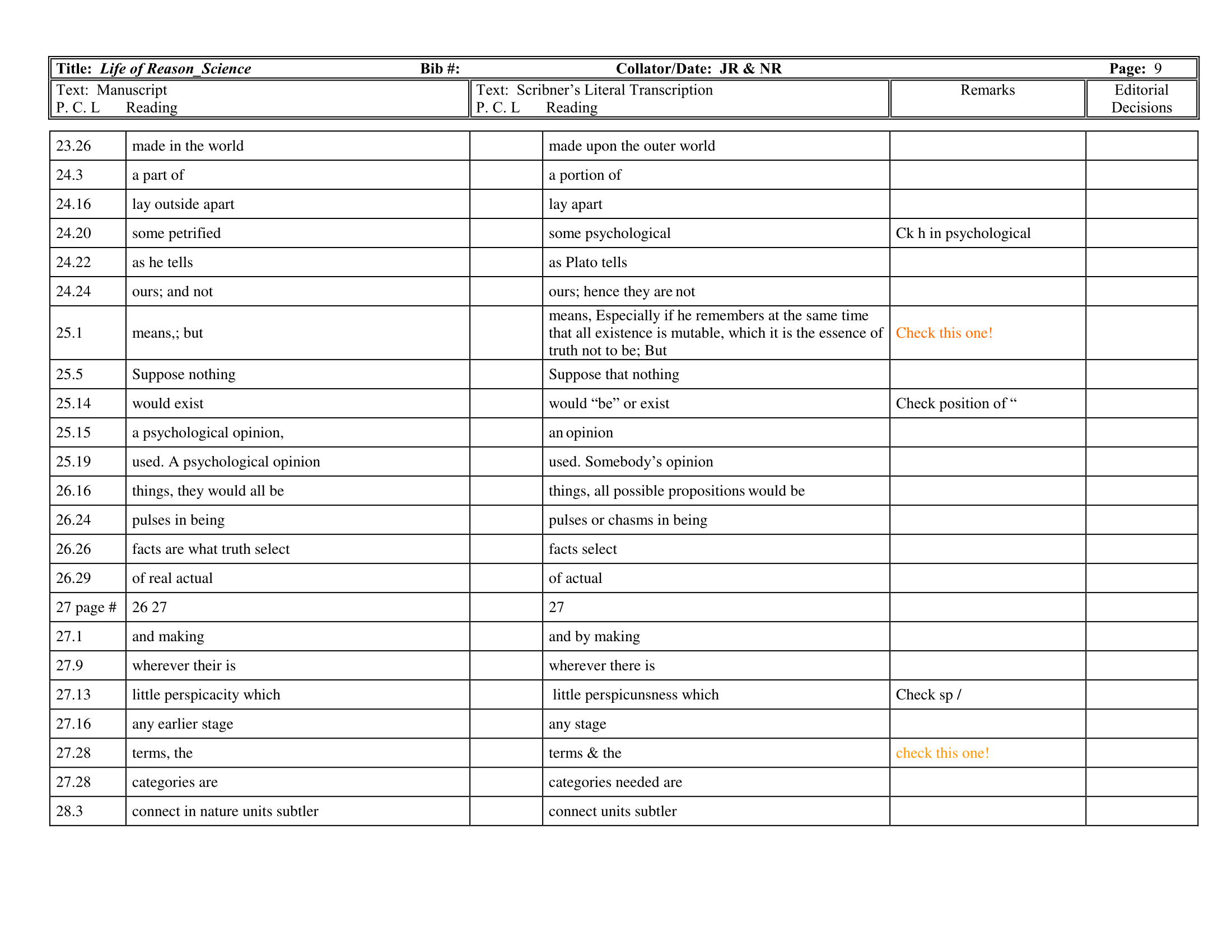