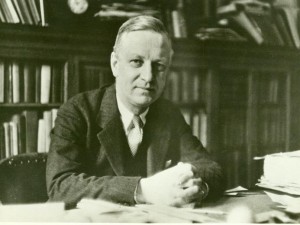 I have never seen Mr. Buchler or Mr. Schartz and know them only as the very diligent and accurate compilers of Obiter Scripta and of the Bibliography attached. I supposed them to be poor young students and naturally wished to do what I could to help them. The phrase Obiter Scripta was used by me in the letter I wrote them when they sent me the MS of their proposed book, but it was itself an obiter scriptum and the idea of taking it for the title was their own. Before Mr. Wheelock had written to me about the suit they were bringing against you, one of them had written to me on the subject, not making any complaint against me, but alleging that you had, in your contract with them, promised not to reproduce the matter in their collection. I replied that whatever might be the legal state of the case it seemed to me farfetched to object to the reproduction of papers that they themselves had merely reproduced, with a trifling note or two, and some omissions. If it had been a question of reproducing their Bibliography, which must have cost much labour, it would have been another matter. It had never occurred to me, in welcoming their collection, that I was debarred by it from using those essays again. Can a composition be copyrighed that has already been published without copyright? You say you think there was no fault on the part of either of us. I certainly think there was no fault on my part, and Buchler and Schwartz have not, to my knowledge, made any complaint against me or shown any ingratitude. They do, however, make a further complaint against you which, however groundless or explicable it may be, might have a marked effect on a jury; and perhaps it was this complaint that led your counsel to fear considerable damages. Now, if I understand the purport of your letter, which is not very clear to me, in order to avoid this danger of damages, you have agreed to settle the matter by paying them $690.00 and suggest that this sum should be deducted from the royalties of about $1,600.00 that I was to receive this month. I confess that this suggestion surprises me, and since you say that you will be governed by what I think proper, I will say frankly that I do not think it proper that I should be charged with any amount whatever in consequence of this litigation, in which I already feel that I have been a victim rather than an offender. 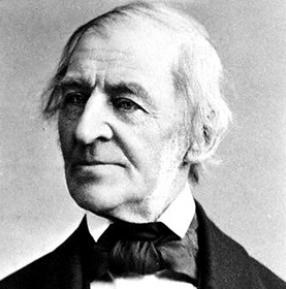 Now that I am launched I will say a word about some of the criticisms in your letter. You are very generous; I feel that you want to give me credit for everything good that can possibly be found in my book. But you don’t yet see my philosophy nor my temper from the inside; your praise, like your blame touches only the periphery, accidental aspects presented to this or that preconceived and disparate interest. The style is good, the tone is supercilious, here is a shrewd passage, etc, etc. And you say I am less hospitable than Emerson. Of course. Emerson might pipe his wood-notes and chirp at the universe most blandly his genius might be tender and profound and Hamlet-like, and that is all beyond my range and contrary to my purpose. I am a Latin, and nothing seems serious to me except politics, except the sort of men that your ideas will involve and the sort of happiness they will be capable of. The rest is exquisite moonshine. Religion in particular was found out more than too hundred years ago, and it seems to me intolerable that we should still be condemned to ignore the fact and to give the parsons and the “idealists” a monopoly of indignation and of contemptuous dogmatism. It is they, not we, that are the pest; and while I wish to be just and to understand people’s feelings, whereever they are at all significant, I am deliberately minded to be contemptuous toward what seems to me contemptible, and not to have any share in the conspiracy of mock respect by which intellectual ignominy and moral stagnation are kept up in our society. What did Emerson know or care about the passionate insanities and political disasters which religion, for instance, has so often been another name for? He could give that name to his last personal intuition, and ignore what it stands for and what it expresses in the world. It is the latter that absorbs me; and I care too much about mortal happiness to be interested in the charming vegetation of cancer-microbes in the system—except with the idea of suppressing it.

I have read practically no reviews of my book so that I don’t know if any one has felt in it something which, I am sure, is there. I mean the tears. “Sunt lachrimae rerum, ac mentem mortalia tangunt.” Not that I care to moan over the gods of Greece, turned into the law of gravity, or over the stained-glass of cathedrals broken to let in the sunlight and the air. It is not the past that seems to me affecting, entrancing, or pitiful to lose. It is the ideal. It is that vision of perfection that we just catch, or for a moment embody in some work of art, or in some idealised reality: it is the concomitant inspiration of life, always various, always beautiful, hardly ever expressible in its fulness. And it is my adoration of this real and familiar good, this love often embraced but always elusive, that makes me detest the Absolutes and the dragooned myths by which people try to cancel the passing ideal, or to denaturalise it. That is an inhumanity, an impiety, that I can’t bear. And much of the irritation which I may betray and which, I assure you is much greater than I let it seem, comes of affection. It comes of exasperation at seeing the only things that are beautiful or worth having treated as if they were of no account.

I seldom write to anyone so frankly as I have here. But I know you are human, and tolerant to anything, however alien, that smells of blood.

From The Letters of George Santayana:  Book One, [1868]-1909.  Cambridge, MA: The MIT Press, 2001. Location of manuscript: The Houghton Library, Harvard University, Cambridge MA.

Dear Clemens,
I have been putting off thanking you for “Attlee” until I had read it, but for the first time in my life I am really busy. I am trying to learn something about politics, and have been reading all I can find trustworthy from Aristotle to Stalin, especially now Toynbee’s “A Study of History”, which is to be in 13 volumes of which 9, I believe, are already published. And I have just heard of a book published by the Harvard Univ. Press on “Plato’s Theory of Man”, which to judge by the review in The Times Lit. Supplement is excellent. The author, whom I had never heard of, is John Wild. Is he a professor somewhere or–happy man?–a free lance? Your “Attlee”, like your “Truman” will fall in well in my re-education, but I am too deep at the moment in the migrations of Nomads and the decay of prehistoric civilizations to read about the present, which seems not itself to know what on earth it is.
With best wishes for the New Year,
Yours sincerely.
G Santayana 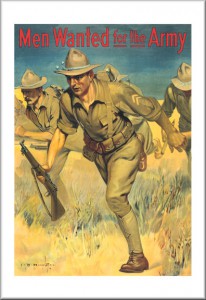 It is a pleasure to hear from you and to see that you are at close quarters, as well as at head quarters, with the army. You will doubtless be useful, and the experience will transform (I should think) your sense for human life and give all you write hereafter an added value. I myself am too old to improve very much: yet I think whatever I may find it possible to undertake in the future will be bronze instead of lead, or of gingerbread,–whatever you think has been my rather cheap material hitherto. 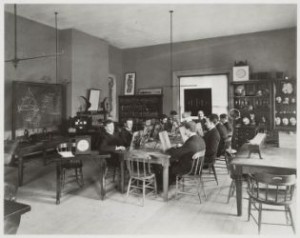 Dear Mr Lowell,
Thank you very much for the information about comparative marking, which I am sending to my assistants in Phil. B. It seems to me quite natural, however, that the marks in this course should be much higher than in a group which contains several courses taken almost exclusively by Freshmen. It is also to be noted that Phil. B. contains a decidedly select body of students, comes at 1.30 (an hour avoided by the self-indulgent) and is one in which ability and intelligence, even without very much work, suffice to produce good results, so that B is more commonly attained than it might be by the same men in other courses, when these men are clever.
Yours sincerely G Santayana