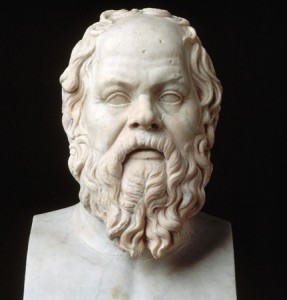 I have asked Scribner to send you a copy of their new edition of my Dialogues in Limbo containing three not in the old edition which you may have seen. In glancing over the pages I came upon the following which I thought might appeal to you: (p. 120)
Socrates: Those who worship the statues of gods, rather than the gods themselves, are called idolaters?
The Stranger: Yes.
Socrates: And if a man worshipped an image of some god in his own mind, rather than the power that actually controls his destiny, he would be worshipping an idol?
The Stranger: The principle would be the same; but usage among us applies the word idol to the products of sculpture, not to those of poetry.

I am far from wishing to find fault with your scale of payments—all my books together don’t yield such sums in a year—but it occurs to me that paying authors by the page is an encouragement to prolixity. Why not have a graduated scale like the income-tax, so much for the first page, less for the second, nothing for the tenth, and a minus quantity after that? This system would be particularly good for poets.

The parcel from you arrived this morning, full of just the right things. The jars of marmalade were safe, only a little had leaked out of one of them through a crack in the cover. I have not yet tasted the contents, but they look inviting, and please thank the lady who sent them; it will be a treat. The only objection is that I get used to luxuries, and the memory becomes a sort of temptation of Saint Antony when I find myself in the wilderness again without even the wild honey that St. John the Baptist allowed himself. Perhaps the same pious ladies supplied it. The Gospels don’t tell us everything, but they do somewhere mention this charitable practice of good ladies in all ages and countries, in compliment to hermits. By the way, I have read a most charming story, written by St. Jerome about the visit of St. Antony to St. Paul the Hermit in the Thebaid: and I have found a photograph of a magnificent picture by Velazquez—his most beautiful one, I think; for his subjects don’t often lend themselves to poetic treatment, which I have the vulgar taste to like in painting—representing the scene. I remember the original, with the most lovely landscape, a raven bringing a loaf from heaven, and a tame lion digging the grave for St. Paul, more than a hundred years old, to occupy when he has finished the sublime prayer which he is evidently saying. Look up this picture, and tell me if you don’t like it. I have it in a book on Velazquez, which I will give you as a memento if you will come to see it and me.

Thank you especially for the black tie, which is splendid and will last me—if I live—for years. I feel very young and well, and buoyed up by the thought of perhaps finishing my book on Politics, which will be more useful than any of mine hitherto, usefulness never having been a dominant trait in your affectionate old friend 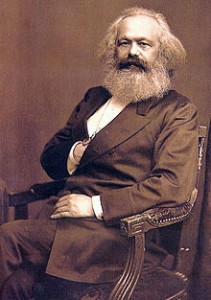 I am also in doubt about “social humanism” being implicit in my physics. Materialism may, psychologically, be allied in the materialist’s mind with one or another view in ethics and politics. That will depend, if materialism is true, on the man’s heritage and circumstances. In that sense I entirely accept historical materialism, which is only an application of materialism to history. But the phrase carries now an association with Hegelian or Marxian dialectic, which if meant to be more than the doctrine of universal flux, is a denial of materialism. My personal sympathies are personal, and of no ultimate importance: what is implied in my natural philosophy is that all moralities and inspirations are natural, biological, animal preferences or obsessions, changing and passing with the organisms and habits that gave them birth. This is not the Catholic doctrine, which you say I represent; but it is quite compatible with liking Catholic ways, considered as a form of human society and human imagination. Yet even there, I prefer the Greeks. 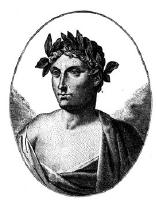 My “friends”, who said I was no poet—and I agreed with them—were exquisites of the 1890’s. Perhaps you are too young to remember that “aesthetic” age. I am not ashamed of my compositions in verse—not all published—but I feel that they are not English poetry. They are Latin eloquence. The recipe for the dish is, first, to have a clear thought expressible in prose, which carries with it, in your mind, a definite emotion, and 2nd to heighten or leaven it with meter, alliteration, and allusions to kindred matters, so that an educated man (like the author) can vibrate largely and sympathetically to the whole thing. When well done, this is a splendid production, like a mature beautiful woman sumptuously dressed for a ball. Now, personally, that is the kind of woman I would rather look at and talk with. She is imposing, she is rational, she says true and wise things, she has the fragrance of good society, and no nonsense, about her. And accordingly, for my own satisfaction, I like to say over to myself at night, when not sleepy, long fragments of Horace, Racine, and Leopardi, that delight me as the ideal great lady would—I know love is something else, less satisfying in the end, but sweeter in the beginning.

I am very well, in spite of being near the end of my 75th year, and hope soon to finish the last volume of my system of philosophy. I have other things half done, to entertain me, if I should still live on, but they are not parts of the programme, so that I shall feel at liberty to indulge my mood or my laziness. The world at this moment is so interesting, that there is some difficulty in getting well out of it mentally, so as to describe it from outside, which is what my kind of philosophy aspires to do.

Thank you for your generous letter. If I didn’t know from your little books—for which also many thanks—that you are an enthusiast by nature, I should be tempted to write verses again. But I have sworn off. I did so after the 1890’s. Yeats was one of the “friends”—I have seen him once only—that liked my “Interpretations of Poetry & Religion” but said the trouble with me was that I thought I was a poet.