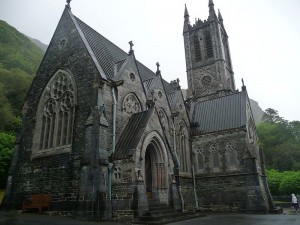 How classical you have become! No wonder, with your residence in Italy and your Latin reading. But aren’t you going rather far in condemning flying buttresses? No doubt the motive was only economy—economy in carrying out an extravagant plan; and you may condemn this as not worthy of Aristotle’s magnanimous man. But I have always believed that the frankness of exhibiting such a device, and using it decoratively, had been rewarded by the effect. Sometimes the light and shade play wonderfully among those buttresses, and the labyrinthine effect is in itself poetical. As to thin columns, I agree: I have never liked them. When people speak of “lightness” and “clarity of design” in Gothic churches, I feel that they are picking out the faults: the true beauties are loftiness, intricacy, mystery, and tenderness of detail, so that one lovely nook after another is found nestling in the vast ill-defined whole. “Clarity” should go not with “lightness” but with elegance and modesty on the human scale. 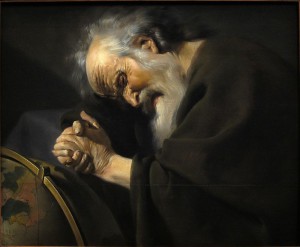 It is a real pleasure to hear from you. I knew that you were in France officiating in some useful capacity, but had no definite address. Some six months ago I sent a pamphlet to you at Sherborn but I daresay it never reached you. The Harvard world seems far away and not very enticing: Heraclitus was right, I think, in believing that Dike presides over the lapse of things, and that when they pass away, it is high time they should do so. If you go round the world after the war, I hope it will not be at a hurried or an even pace, and that you will spend three quarters of the time of your journey in the places which after all are most interesting and where there is most (for us, at least) to discover—in western Europe. Then I shall hope to come across your path and perhaps even to make some excursion in your good company: this long confinement in England; though pleasant in itself, is beginning to grow oppressive, and I often think with envy of those in Paris or beyond. At the same time, I hate to face suspicious officials, and any unusual difficulties and complications in the machinery of travel; so I have remained in my Oxford headquarters now for three years, and expect not to abandon them until the war ends.

My good friend Strong has had a bad time—laid up with a paralysis of the legs—and is still hardly able to walk. The attack fortunately came on when he was at Val Mont above the lake of Geneva, a place he likes and where the doctors inspire him with confidence. He hopes soon to return to Fiesole: meantime I have been separated from him and have missed him, for in his quiet dull way he is the best of friends and the soundest of philosophers—good ballast for my cockleshell. . . . I am . . . deep in a book to be called Dominations & Powers,–a sort of psychology of politics and attempt to explain how it happens that governments and religions, with so little to recommend them, secure such a measure of popular allegiance. Of course, behind all this, is the shadow of the Realms of Being, still (I am sorry to say) rather nebulous, although the cloud of manuscript is already ponderous and charged with some electricity in the potential state. I don’t know if any lightning or thunder will ever reach mortals from it. 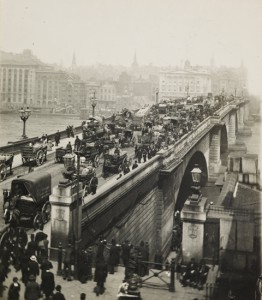 The proof of the first volume of the Life of Reason (the first part having been delayed) reached me some days ago, and I am sorry not to have been able to despatch it before today. I have revised the whole and am sending it to you all together.

I have restored the u’s in “honour” etc, partly because I prefer them and partly because, if this book appears also in England, the other spelling would shock people too much. They will receive shocks enough from the substance without adding others in the manner. 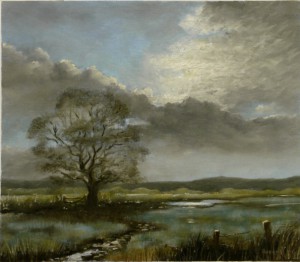 Dear Robbins,
On getting back to this country I find your “Poems of Personality” with your kind note of Dec. 8. The other books had reached me in due season in various parts of the world, but without your address, so that I believe I have never thanked you for them. The “Love Poems” I read through, many parts more than once, and found them full of experience; and, what is perhaps less germane to poetry but very appealing to me, full of learning and of historical imagination. . . .

You are, in your poetry, one of those volcanic minds that overwhelm me a little with the rumblings, smoke, and precipitancy of their effusions. It is not always easy for me to translate such hints and indirections, and such unexplained fervours, into the plain prose that is all I can understand.
Nevertheless, I feel the presence in your poetry of something that inspires respect—experience, depth, heroism, readiness to face reality, whatever it may turn out to be. It is largely fed, and greatly pregnant. If it lacks articulation, after the manner that I am in the habit of looking to, that is perhaps because it has a great future, because it announces ways of feeling and acting which are only now dawning on the world.
I am very much flattered by your desire that I should not be altogether a stranger to your view of life.
With many thanks for all three volumes I am
Sincerely yours,
G Santayana

From The Letters of George Santayana:  Book One, [1868]-1909.  Cambridge, MA: The MIT Press, 2001.
Location of manuscript: The Houghton Library, Harvard University, Cambridge MA

I am always glad to get your letters and post-cards and to see that you are well. The ups and downs of one’s relations with Strong are nowadays a little troublesome, but I think with prudence and forebearance we may weather all storms. I feel rather as if my friendship with him were a family corpse, to which nevertheless it is right to show respect and consideration. He never writes without saying something unpleasant; but I think he doesn’t perceive the effect which his attitude must have on others, and he expects everything to go on as usual. I am perfectly willing to let it do so: only one has no sense of security with a friend in so hostile a mood.