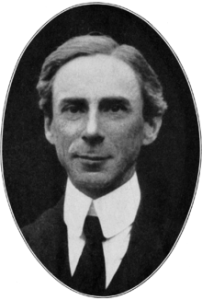 Perhaps I may abandon “Symptoms” for a while and turn to the “Realm of Matter”. Russell’s latest book ought to have helped to revive interest in this direction, but I have been disappointed. It is nice to see him insisting on his newly acquired conviction that “percepts are in our heads”: it ranges him among my examples of latent materialism in idealists. But does he conceive his whole philosophy, in the moment when he is most aware of it, to be a single constituent of the series of events which make up one of the electrons in his brain? It seems monstrous (to use one of his words) to give so rich a substance (to use one of my words) to so minute a phenomenon. It would seem to me more plausible to say that his awareness of his philosophy was an event engaging a great many gyrations of a great many electrons: it would therefore have no punctiform locus in space-time, and could not be identified with a single constituent of the physical world. But I agree with him, and with you, that the mental world, in so far as it has a locus in nature at all, has it in the head—or in objects arranged, like books and pictures, to excite certain events in the head. As to the mental or moral world in itself, Berty is a poor witness: here is a book entitled “The Outlines of Philosophy” in which there is nothing but spleen, behaviourism, relativity, and babies. He has come down terribly in the world: I suppose this is a set of lectures cooked up for America: there is nothing in it that he hasn’t said as well or better elsewhere, and there is an unreadable amount of improvised commonplaces, and chance polemics. I have had to skip a good deal: but I haven’t missed here and there an extraordinarily witty passage, like that about the behaviourist seeing the rat not seen by his friend, and thinking that he must give up that bootlegged whiskey. 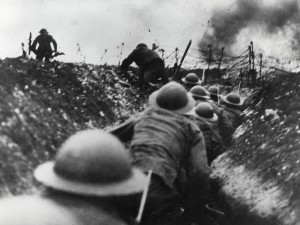 The war moves slowly, painfully, but is not agonizingly dangerous to the cause for which you and I can’t help caring—at least, not for the moment. The English are wonderful in their calm confidence and open-minded courage in receiving punishment; if I had half the stakes I should be terrified, for the danger is great and even if the chances are favourable danger, to me, is more intolerable than loss. Let us hope the sky will gradually clear and that the end will come before we expect it 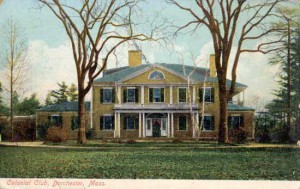 You have not heard, perhaps, that my mother died soon after I left America. It was not an unexpected loss, and in one sense, as you know, it had really occurred long before, as my mother had not been herself for some years. Nevertheless, her death makes a tremendous difference in all our lives, as she had always been the ruling influence over us. She had a very strong will and a most steadfast character, and her mere presence, even in the decline of her faculties, was the central fact and bond of union for us. Now, everything seems to be dissolved.
. . . .
I was forgetting to tell you what is perhaps the only important fact—that I have resigned my professorship altogether, and don’t expect to go back to America at any fixed time. As you know, my situation at Harvard has never been to my liking altogether, and latterly much less so, because I began to be tired of teaching and too old for the society of young people, which is the only sort I found tolerable there. The arrangement I had made with Mr. Lowell for teaching during half of each year, I should have carried out had my mother lived; but it was never meant, in my own mind, to last for ever. Now, it seemed that the moment to make the change had come. My brother assures me that I shall have a little income that more than supplies my wants; Boston, with no home there, with no place to dine in night after night but that odious Colonial Club, is too distressing a prospect. Here, on the other hand, everything is alluring. My books (the only earthly chattels I retain) are at the avenue de l’Observatoire; that is my headquarters for the present. Meantime I am looking about, and if some place or some circle makes itself indispensable to my happiness, there I will stay. Intellectually, I have quite enough on hand and in mind, to employ all my energies for years. 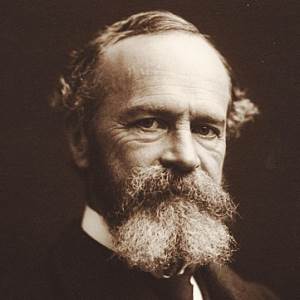 Since I left America I have had glimpses of England, Belgium, Holland, Germany and France, beside six weeks with my sister in Avila and almost a month in Florence with the advantage of being near Loeser and Berenson. I am profoundly out of humour with “aesthetics”, yet I have been feeling the new douche of it which these friends of mine have drenched me with as a rather invigorating change; one gets so dry in America with no food for the senses, especially if one is obliged to pump up theory every day . . . .

Your articles—apart from their intrinsic importance—have interested me particularly on account of a certain harmony which there is between what you make for and what I have fallen into myself. Doubtless you have from of old let seeds fall into my mind which have sprouted there into what I feel to be quite native convictions; and it comes to me now as a rather surprising happiness that I can invoke your authority in support of a great deal that I feared might seem rash in my opinions. It is the general attitude which Bergson also encourages, although of course it may be turned in various ways and expressed in various vocabularies. What I don’t quite understand in your way of stating the matter is whether the conceptual world has only its immediate status. Of course every conception, taken existentially, is a part of the flux, which as you say is largely chaotic in its immediacy; but things and truths have also a systematic and more or less static dimension. For instance, if a candle which was nine inches long when left burning in an empty room is found to be six inches long on the observer’s return, was it ever really eight inches in length? Of course the eight-inch candle will — have draw a potential sort of being — in from the philosopher’s views, themselves immediate experiences of his; the conception that the candle passed through that phase will be an absolute item in the universal inventory. But the question seems to me to be whether the eight-inch candle has only that imputed being; or rather whether imputed being is not what we mean by reality and the immediate flux itself by appearance. The forthright intellect seems to be the life of the mind, and what it rests in seems to be alone important, true, or efficacious. The eight-inch candle is something to be believed in, because in the material world which the intellect has discovered it is a needful element that counts and rewards our confidence in its reality. The materials which experience is composed of must therefore be credited with an existence which makes them material elements and gives them a mechanical order, since they exist also permanently, potentially, and beyond our range. If this is what is implied in your views—and I conceive that it is—the result seems to be quite different from panpsychism and far more rationalistic. According to panpsychism the eight-inch candle exists only by virtue of its inconceivable psychic substance, that mass of irrelevant experience of which a candle at best is but a remote symbol or effect. The real eight inch candle is not eight inches long and is no candle at all. It is perhaps a conclave of politic worms electing an infallible pope to maintain that the universe is nothing but a musical composition. According to your view—if I understand it—and to mine, on the contrary, the material qualities of the candle themselves subsist, and it is a cylindrical white body that is really eight inches long at an assignable instant. The world of science, for us, then, would not be a mere fiction, but a real efficacious order discovered in the chaos of immediate experience, a system consisting bodily of the given elements, but of course involving many more, and the longer subsistence of them. Am I right?

From The Letters of George Santayana:  Book One, [1868]-1909.  Cambridge, MA: The MIT Press, 2001.
Location of manuscript: The Houghton Library, Harvard University, Cambridge MA 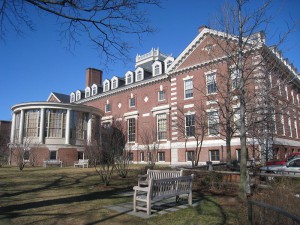 Many thanks for your nice letter. It was a great pleasure to hear from you, although, to be sure, I knew you were safe at home, far from the wicked orgies of the Quartier latin. We miss you very much in Boston. Aren’t you ever coming to visit your old friends? You should come and gather the chorus of praise which we are raising about the big room at the Union. It is the only noble room in the college and will give many people here their first notion of what good architecture means in practice. Façades and towers and details are one thing, but a beautiful place to live in, noble in colour and proportions, is something new in these parts and, it seems to me, invaluable. The Union seems to be a great success socially and gastronomically—although the ubiquity of ice water is a trifle chilling. The place is much used and the dining room (where I often go to eat) is crowded. Architecturally only the large room is of much consequence, but the rest seems serviceable and inoffensive. As to the gates, we have been suddenly blessed with too large a family of them; they look as if they had been all hatched in a hurry and had not yet got any feathers and hardly knew what they had come into the world for. But when the trees grow and hang about them again and the crude colour is toned down, I think they will seem all right and fall into a natural place in the landscape.